The American saxophonist Ornette Coleman was one of the important founders of the free-jazz movement at the end of the 1950s. His musical approach was less rigid compared to be-bop musicians. He searched for new forms of improvisation and musical freedom. With HARMOLODICS  he moved beyond the restraints of the harmony and form of be-bop and came up with a more raw and intuitive music, less academic and focused more on energy and emotion.

A half  century later the musical ideas of Ornette Coleman have lost nothing of their power; they are still a source of inspiration for many musicians. Early in 2009 the RUFF SOUND QUARTET was formed, initiated by drummer Pascal Vermeer. The quartet plays various Ornette pieces from the ’60s. Freely using the improvisational possibilities this chordless music offers, anarchy and adventure blossom.

After a few successful concerts, the Ruff Sound Quartet went to Osnabruck, Germany to record their first CD at the Fattoria Musica Studio with sound technician Chris Weeda. All recordings were done live, in one room, without any overdubs. On ‘Peace, Ode to the music of Ornette Coleman’ you will find five of Ornette’s compositions and one from Charlie Haden with three originals by members of the quartet. 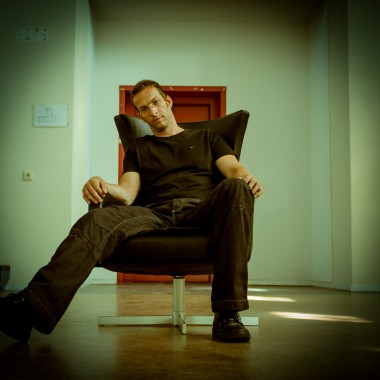 Guus started playing guitar when he was 11 years old  definitely switching to the electric bass on his 14th. From 1999 he studied at the Rotterdams Conservatory, both electric and acoustic bass. Completing his master exam in 1996.

Next to a modest teaching job at the SKVR in Rotterdam, Guus has been playing successfully as a freelance musician in Holland and Belgium from that time on. 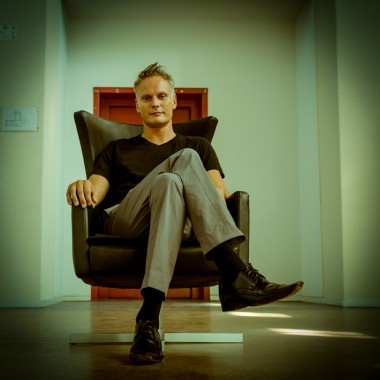 Born in 1967 in Tilburg, The Netherlands.
Started to play the drums at the age of seven.
Received private instruction under the accomplished
American drummer Steve Clover.
As a member of the jazz quintet Iris, Pascal Vermeer won the “Meervaart Contest”of the Dutch Broadcast Foundation (NOS)

As a drummer he assisted in the production of about 40 cd’s.

Alto saxophonist and composer Joris Posthumus has been making music since he was six years old. He studied at the conservatories of Rotterdam and Tilburg. In 2009 Joris recorded the album ‘The Abyss’ together with: Sound technician Chris Weeda, pianist Jeroen van Vliet, drummer Pascal Vermeer and bass player Jurriaan Dekker (feat Tom Beek). This First album, ‘The Abyss’,  was released by record company Challenge Records in 2010. This album presents dynamic jazz of a high NU-bop energetic quality. The biting alto saxophone of Joris , who whipped up by the strong rhythm section explores all corners of the improvisation spectrum, is characteristic for the sound of the Quartet. Another characteristic is the melody, an important ingredient of Joris’s compositions, which will always sound through.

Making music is all about the chemistry between the musicians. With this group, Joris feels that all-important  ‘click’.  In this formation the band toured the Netherlands with the famous American tenor saxophonist David Murray as a guest. They played at the North Sea festival, but also on other famous Dutch Jazz venues during the Young VIPs tour, e.a. the  Bimhuis in Amsterdam and LantarenVenster in Rotterdam. The album ‘The Abyss’ was received with a great deal of enthusiasm by the jazz scene, in the Netherlands as well as abroad. 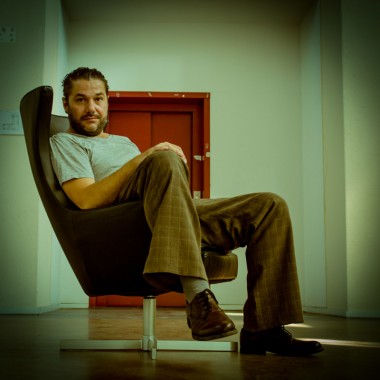 Mete Erker is a saxophone player from Holland.

He is renowned for his rich and warm sound, strong drive, and his very personal style and expressive way of playing: a combination of raw energy and lyricism, at times reminiscent of the great jazz tenors of the ’60′s.

Throughout the years he’s worked with music masters like Peter Erskine,

He released 50+ albums and toured the world in a variety of settings,

ranging from  a modern dance choreography by the hungarian Reka Szabo to popular dutch crossover acts like New Cool Collective and Zuco 103. 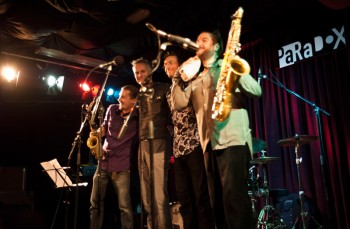 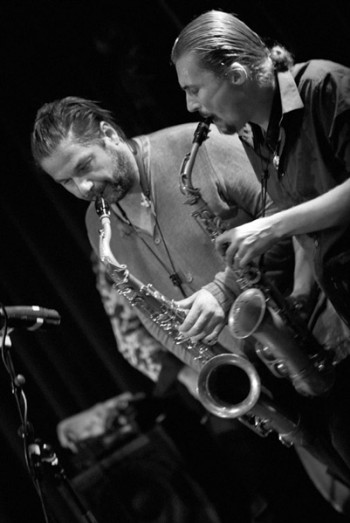